Enjoy the moments of tasty

A new look at traditional recipes from Bulgarian and European cuisine. Suggestions that surprise you with exclusive presentation. Art on a plate - this is Monty Restaurant.

Elegant atmosphere and impeccable service from professionals. A place where every dinner is a special event and culinary celebration.

Take a culinary journey around Asia. Enjoy a variety of Asian culinary experiences and traditional Sushi.

The life story of Marco Chinka dates back to the 15th century. At that time, Venice and Genoa were the rulers of the Mediterranean. The Genoa citizens were granted permission by Constantine XI Palaeologus to control the straits by the Byzantium capital and their battles are marked by victories under the clever command of the military leader Giovanni Giustiniani. One of the soldiers in that fleet happened to be the young Tuscan Marco Chinka. The capabilities of the brave seaman did not remain unnoticed by Giustiniani. Within a short time, Marco became the commander of a commercial and military fleet. Fate sent him to the Black Sea, which at the time was plagued by numerous pirate attacks of Don Cossacks. Right here, in the heart of the St. Constantine and Helena resort complex, to the north of the ruins of the Byzantine fortress of Castritsi, Marco Chinka built a military front post.

If only the stone ruins could speak! To tell us about his military prowess, describe how the iron soldier and skillful navigator defeats the Cossack fleet and captures their clan leaders, and then shackles one of them into a cage hanging it from a tower at the military front post to serve as a warning to his enemies. If only the waves could speak! They would have told us about his Bohemian soul, the good wine, the good food, the beautiful women and sumptuous orgies sweetening his nights. Not accidentally, the coat-of-arms of Marco Chinka’s fleet depicted a scallop with two breathtaking mermaids luring us with their beauty. The traces of the Tuscan seafarer disappear with the occupation of Constantinople by Mehmed II, when Marco was dispatched to defend the Byzantine capital by sea.

And yet, he did not disappear completely. Near the burnt-down fortress of Castritsi appeared a new settlement, Kestrich - the present-day Varna living quarter of Vinitsa. It is the home of numerous direct descendants of the Tuscan seafarer – which is inevitable, after so many wild nights spent with the beautiful “mermaids” of Castritsi.

As regards the origin of the name “Villa Chinka”, it is disputed. Some believe it was named after Marco. Others claim it originated from the name of the stone, “chinka”, used as a building material. And yet others maintain it was named after the little songbirds, the finches (“chinkas” in Bulgarian) soaring in the sky above this beautiful beach.

Villa Mare is a restaurant with a genuine charm in the heart of Sts. Konstantin and Elena – the first and greenest resort at the Black Sea.

We created a year-round, elegant location with aesthetic culinary flair. With attention, we have selected tastes that create appetizing and cheerful memories in a comfortable setting. The menu of Villa Mare shows our desire to focus on seasonal flavors and the flirt with classic flavors.

Where the sky kisses the sea

The Bay is one of the most beautiful places in the resort where you can combine the beach with an excellent cuisine.

You will find it in the tranquillity of the small bay in the resort, on the very beach - awaiting the sunrise and seeing away the sunset. The coolness of the stone booths, the cosiness of the bar and the picturesque beach will not let you go or sail! You should just see the sky kissing the sea!

The fish are fresh, the seafood is abundant, and the wine is the right one!

This is The Bay! It will captivate you!

The restaurant will not be open during the winter season

Where the sunset embraces the sea! Literally. There is no other coastal location in the resort of Sts. Constantine and Helena, from which this perfect view is so palpable.

Restaurant MORE was created with a joke in the name. This "more beach restaurant" emphasizes on more. And the beauty of the native shores, and the secrets of the Black Sea cuisine!

It keeps old techniques for a rich and varied catch. It knows where the freshest rapans are. Knows the finest techniques for salting fresh fish. And prepares all these delicacies in extremely tasty variations. Eh, this soup of sprat, kaya and lichnus… Or fried sea bass with baked potatoes and thyme!

The unity with the surrounding nature is visible in every detail around. The restaurant transforms the free spirit of modern hippies into love - for peace, mood, natural products and gifts from the sea.

The restaurant will not be open during the winter season 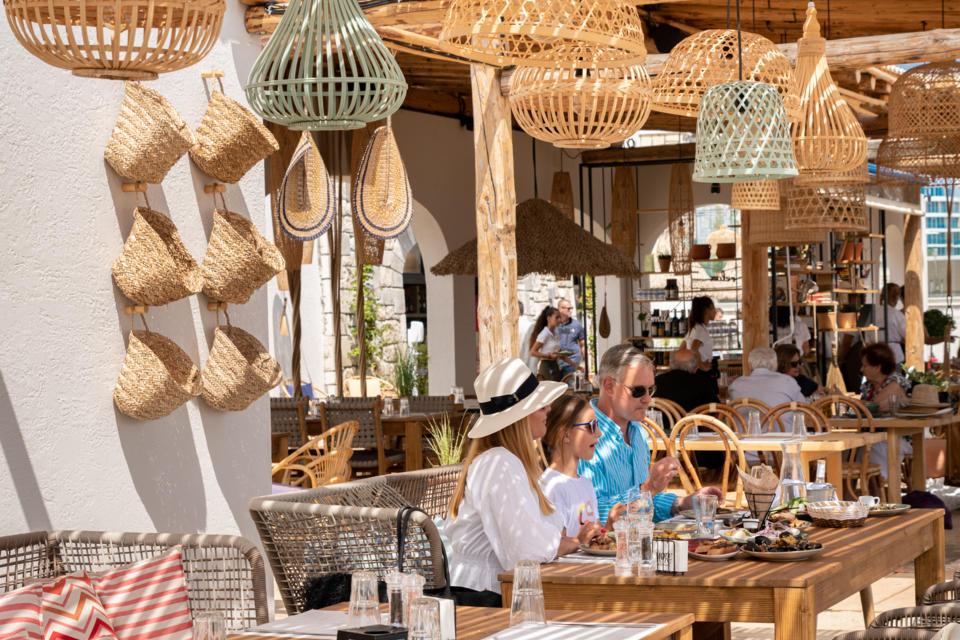 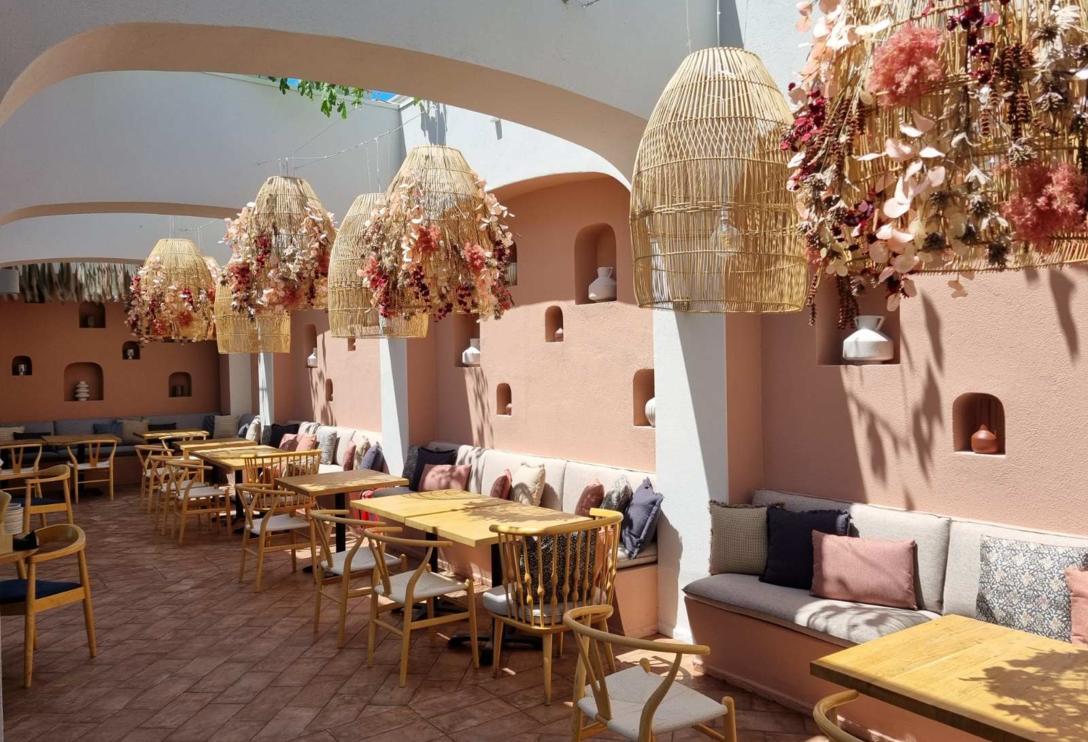 Small City Cafe will enchant you with good coffee, fast and delicious eating in a pleasant atmosphere during the day, and in the evening you will be able to enjoy aperitifs with light meals and good music. 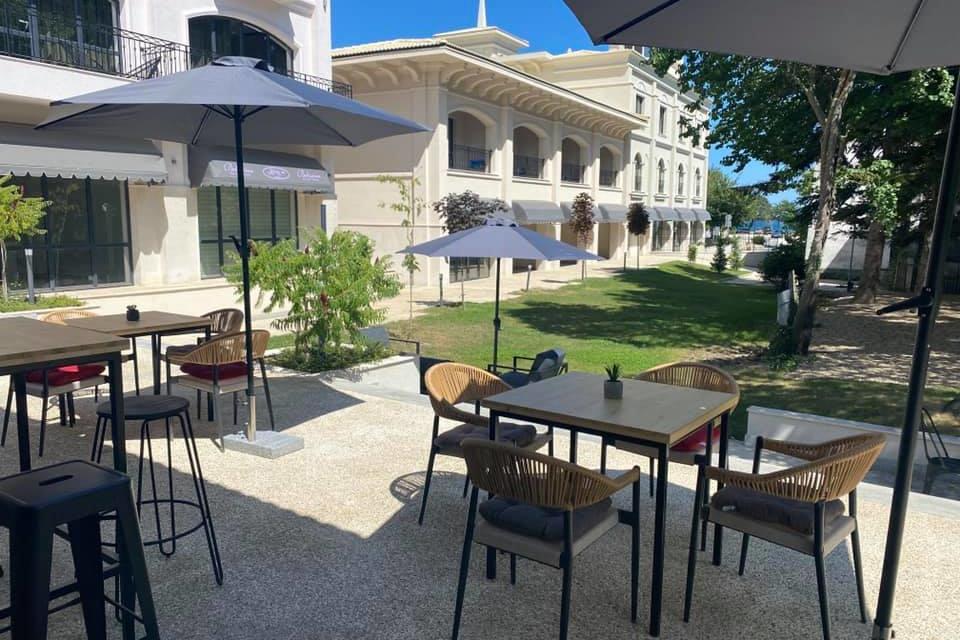